60 replies to this topic

Crappie Candy, by Al Campbell, is one the best flies I've used for our local panfish. I use Christmas tinsel with rubber legs.  they seem to like them.  And yes, that fish had the hook in its mouth, i have no idea how but it was.  I think he might have been looking for love in all the wrong places 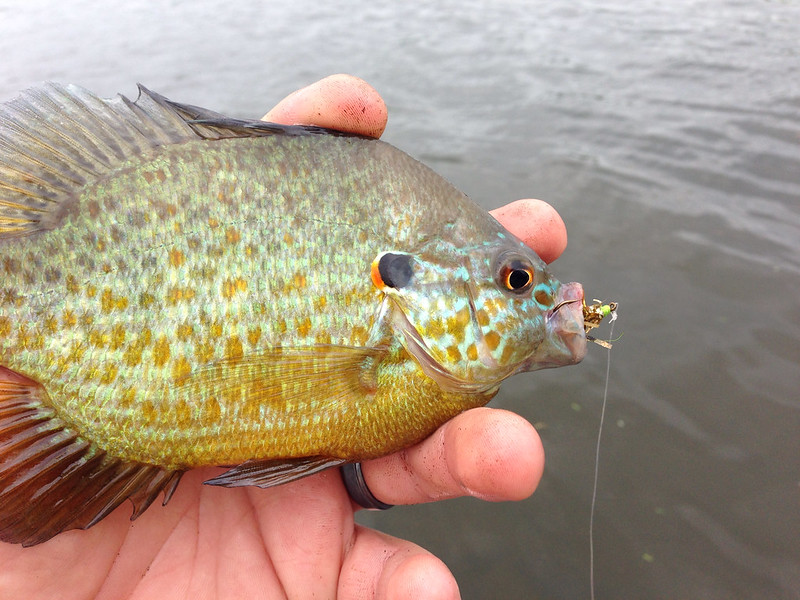 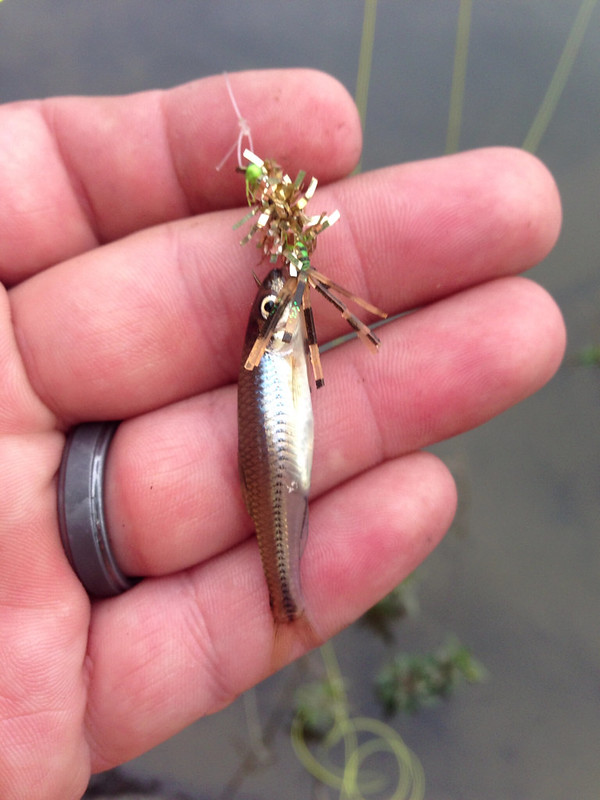 A Dragonfly nymph resembles a simple Wooly worm.  Here in the south a size 6 is about right for the Wooly plus it keeps smaller fish from swallowing the fly

These nymphs come in various colors probably because of different species but they most likely change color to match the bottom color to avoid predation.  This makes sense to me.  My first fly caught fish was a Bluegill caught on an olive Wooly worm.

Here is a photo of a Dragonfly nymph.

Proof they work.  There are 3 "Bream" species in this photo.  They were caught on the Rainbow River near Dunnellon Florida.  The Rainbow River is super clear and resembles a large trout stream.  Most of these fish were caught sight fishing.  The Draonfly nymphs in the Rainbow are generally dark olive in color.  If anybody is interested I'll post a photo of the fly.

I know that there are many who denigrate the lowly bluegill, but in the warm waters of the South, where there are no trout streams, bluegills are about the only game in town. Of course, one can go after largemouths, but most of them are taken deep, here, with crank lures. Either plugs or rubber worms dragged along the bottom. There are no smallmouths either.

However, I have yet to find a fly that will take bluegills nearly as well as "Georgia Red Wigglers," but I'm still looking.

It might be interesting to note, however, that when things where going badly for the British troops during the Revolutionary War, King George wrote to Lord Cornwallis, stationed then at Charleston, SC asking if it was really worth it to continue the war. Lord Cornwallis wrote back to King George and said, "Yes, it's worth it to continue the war. If for no other reason, for the bream (Southern word meaning bluegills and other sunfish) that swim in the waters of Carolina."

So laugh if you will, but I will continue to pursue the lowly bluegill with a fly rod.

Very well put... I live in Texas and just recently started fly fishing. I purchased a 2wt and a 5wt and target gills and bass! The small bluegills are easier to catch but the big bull gills that we all seek are more difficult. I think their sheer numbers make them looked at as easy targets, dumb, or unwanted but I for one enjoy the gill and they are delicious as well!!! LOL

I Catch most of mine on a small closer-esq streamer tied with white craft hair on the bottom and blue sparkly fibre with or green bucktail on top, on a size 6 stinger hook.

Vicente, what is "sparkly fibre?" Can you send me a link to the kind of stuff you use?

There are a couple different brands that make fibres with sparkly stuff mixed in, I am not sure what the blue I've been using is its very similar to this though http://www.jsflyfish...ipple-ice-fiber I also like the sf blend.

just one hook I typically I use the gamakatsu b10s stinger hook, it's a popular one for deer hair bugs since it had the wide gap, the gap also helps keep you from hooking the smaller bluegill.

Here's one from my bag it's caught a few fish already, the white is craft fur, chart is bucktail blue is the fibre and there a little bit of crystal flash in there as well. This is the fly I catch more pan fish and smaller bass on than everything else including wooly buggers.

Thanks for the picture. A picture, as you know, is worth 1,000 words. Stockard doesn't have "Craft Hair," but they do have "Fishair" and I think I'll get that for the white unless you point out something different. And I'll go with the sparkly blue fibre as well.

While it's not as nice for big flies you can pick the craft fur up from a craft store for a couple bucks and it will work just fine for these.

Back to Warmwater Species