40 replies to this topic

Do you mean a butterfly net?  For catching fly bugs, or sweeping through the grass for hoppers, etc.?  Walmart has those, they're cheap.

If you want to see what's in the water, I recommend a seine.  Wider area, catches everything you "drive" into it.  You'll get bugs, fry and the like.

When walking/wading, I use the "Handy Pak" net.

How big are the fish? How long of a handle is needed? Do you mind flies getting stuck in the net for ever? Is the net mainly for c&r, some net materials are supposed to be more fish friendly? Do you want pretty wood or just a utility piece?

I have a favorite net that I've used for 30+ years that has aluminum hoop and plastic/rubber grip and has had at least three replacement bags, it cost about $3-4 back when, it's not pretty. Currently it has a woven nylon bag that I believe is no longer made.  Frabill and Janns have similar to what is was for <$20.  I've tried other nets and over the years decided to only use a net when killing the fish to eat or it it's in the huge size bracket, but huge won't fit my net so... I've never found a wood frame net that was both large and light, that I could afford, some of them are very pretty  though.  The micromesh stuff is nice to use but my flies get stuck in it instantly and the barbed ones don't get out barbed. The knotted material makes for easy griping of the fish but causes injury they say. The rubber/vinyl/silicone mesh is supposed to be fish friendly because it doesn't remove the slime from them on contact. slimy fish plus slick material plus water makes it hard to hold the fish while releasing and in the trout park usually results in multiple droppings of the fish and much longer handling times, ending when the angler grips the fish bare handed and squeezes the slime off to get his fly back. My observation in the trout park suggest the "rubber" net is the least desirable and most prestigious. I have one that think is vinyl and it is slick as slick and used little.

The net mikechell linked is one I haven't used but the guy demonstrating it to me had a bit of trouble getting it back in the holster, he said he'd been using it for years. It did deploy nicely and is light enough, I decided that I would not like the belt carry.

Mike I noticed that net reccomend not using barbed hooks. When to make the switch.

I will only use rubber nets. Now wether it's rubber, silicone or god knows what I don't know. Anything that's not thread based is rubber to me. Rubber is the only thing my hooks don't get hopelessly snarled in which is important when fishing three treble hook lures as well as flies.

I only use nets for big fish. I have one for trout but I have never used it. It's just a standard cabelas ghost bag net with a wood handle.

Mike I noticed that net reccomend not using barbed hooks. When to make the switch.

net? who needs a net? 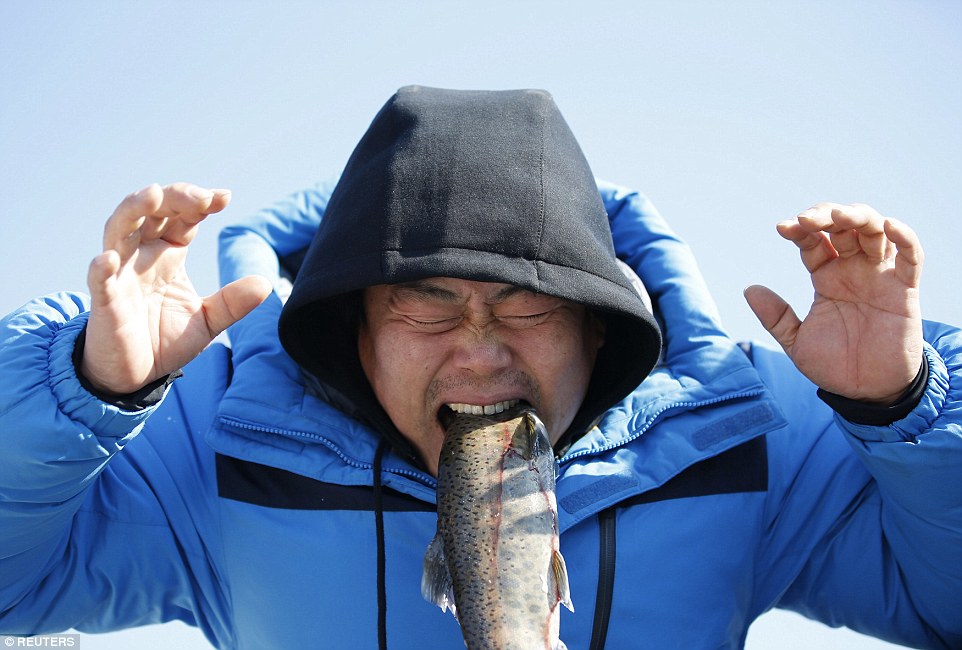 I will only use rubber nets. Now wether it's rubber, silicone or god knows what I don't know. Anything that's not thread based is rubber to me. Rubber is the only thing my hooks don't get hopelessly snarled in

Same here. I switched the a rubber bag on my net about 2 years ago and I will never go back to mesh material. I'm personally not a fan of barbless hooks and with a barbed fly it gets so tangled in the mesh you end up having to snip a piece out to remove the fly sometimes. So I replaced the mesh with a rubber bag a year or two ago and love it.

I have a net I picked up from Orvis in a sale. Great if I'm wading but useless from a bank or boat. Looks the part though.
Practically I like the nets with hinge at the handle and the handle extends a little too. They fold up small but then have the reach when you require it

Looking the part is the best thing about a net.

$.02. When ina trophy area, undersized fish, catch and release in general the rubber nets may help survivability. When wading I use a rubber net with the magnet along with clipped elastic cord high on my back. Most situations dont use it but when I need it its there

I was thinking wading it would be beneficial to have a net. I done some looking online one of the highest ranked is the SF net for around $30. Any thoughts?

Don't over think this. A nets a net. Not much thought needed. I'd take it for 30 bucks

I was thinking wading it would be beneficial to have a net. I done some looking online one of the highest ranked is the SF net for around $30. Any thoughts?

For just a little more than that, there's this net.  It doesn't flop around on your back, or drain water and fish slime down your back.

Been using mine for years now with no problems getting it in or out.

I know, I already mentioned it ... but you did ask, "Any thoughts?"